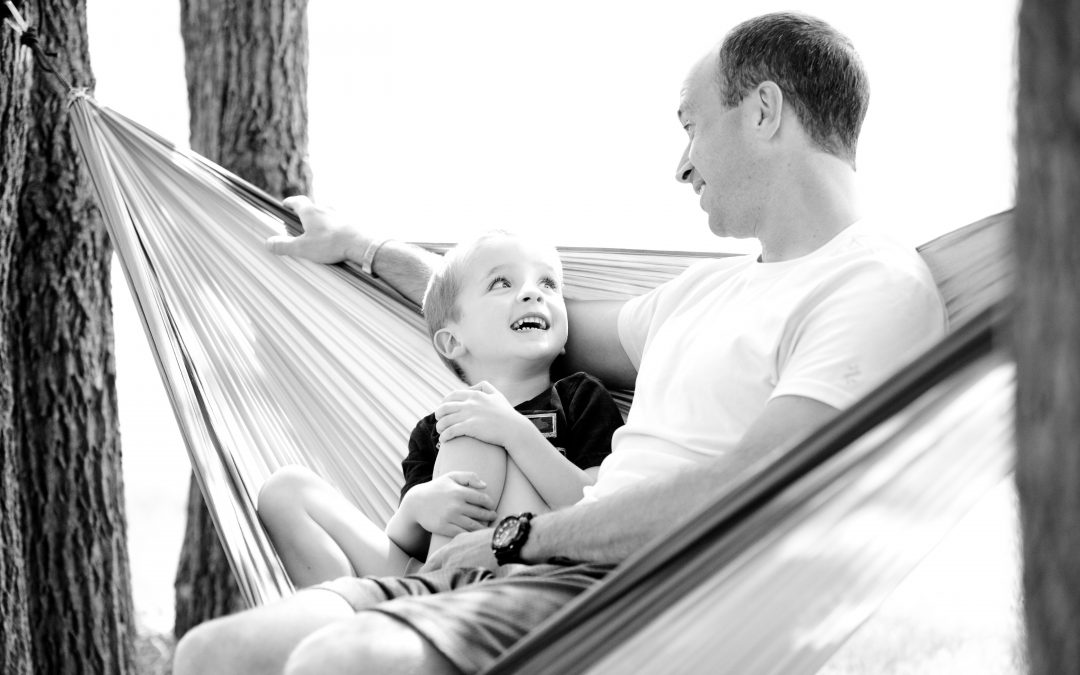 When your work is all about helping people to manage their money better, does it help you teach your own kids good financial habits? We talked to three CERTIFIED FINANCIAL PLANNER® professionals about the ups and downs of passing on money wisdom to the next generation.

What does a financial expert hope to teach their own kids about money? According to all three of our CERTIFIED FINANCIAL PLANNER® professionals, the financial lessons start with saving. Although each family might have their own approach to pocket money and bank accounts, the one thing they all have in common is getting their kids to understand what they can achieve by saving money.

Todd Kennedy CFP®, Senior Manager of Financial Planning for MyState Wealth management in Hobart is father to Lionel (eight and a half) and Frank (11). He’s spent the last three years taking his two sons on a journey of financial discovery. “We started giving the boys pocket money when Lionel was five” says Todd. “Each gets their own age in pocket money, in cash, and it goes up by a dollar each birthday. At first they were keen to spend it the instant they had the money. But it didn’t take long for them to figure out they needed to save it to buy the things they really want –Lego sets rather than lollies, for example.”

Eight years is the age of Louise Lakomy’s oldest child, and he has two younger siblings. Louise CFP®, Director at Crystal Wealth Partners in Sydney, started pocket money a little earlier, at four years old. “It’s part of learning about Maths”, says Louise. “If they’re ready to understand how numbers work, they can start to grasp what money is all about. My son has a money box and in the last four years he’s definitely come to learn that he can’t get the things he wants – surf wear, soccer boots – unless he keeps his pocket money in there for a while. I’m happy to tell him I can’t afford his preferred brand of board shorts and that it’s up to him to use his own money received for Christmas or birthdays, together with his pocket money.”

Both Todd and Louise give pocket money to their kids regularly with no strings attached. “My wife comes from a household where pocket money was earned by doing chores,” says Todd. “In my childhood home, pocket money was given as an opportunity to learn about saving and spending. After some discussion between the two of us we decided on the latter approach.”

As well as “free” pocket money, Louise offers a cash incentive to her kids for extra studies completed. “We have a Maths and English book they can work on at home, in addition to any homework they’re given,” says Louise. “If they can complete 20 pages, they’ll get $10 dollars. It might take them a few weeks but they keep going, knowing they’ll be rewarded for sticking with it.”

Father of 14 year-old Carly, Rodney Lavin, has always expected her to help around the house and garden to get pocket money. “Carly had her own cash to spend from her birthday and Christmas gifts” says Rod CFP®, Principal at Financial Wisdom in Gippsland, Victoria. “If she wanted more, to put towards buying something or save for her car, she can get paid by helping out with gardening, painting and all the things there are to do around our property. And when I ask her what she’s learned about money in her life so far, she’ll say ‘you have to work for money Dad’”

Their own money – to save and to spend

Another important money lesson Carly has Rod to thank for is ‘once it’s gone, it’s gone’ and if you want to spend money further down the track, you need to save now. For Carly and Rod, this lesson began at age four, when her Dad signed her up to the Little Coppers’ club with the Police Association so she could bank half her birthday money. Since then, half of every dollar Carly has been given, or earned through chores, she’s put in the bank. “She’d do everything herself at the bank, handing over her passbook and signing her name” says Rod. “The teller would be full of praise for Carly for doing all her banking herself and remark on how unusual that is.”

After letting his sons teach themselves a few of their very own ‘spend now, regret later’ lessons with early pocket money payments, Todd has settled on a similar approach to Rod and Carly. “They have a money box, a wallet and a savings account their grandparents started when they were born,” says Todd. “They divide up their money between these and it gives them the opportunity to watch their long-term savings grow and put money away for a bigger purchase in the near future.”

What things cost and their value

When it comes to seeing how kids go about spending money of their own, all three parents have had interesting teaching moments to take advantage of. For Louise, and her son, it’s been about comparing prices between different brands and locations to get the best value for money. “We’ve holidayed in Bali and Hawaii, so my son has seen for himself how prices vary a lot depending on where you shop,” says Louise. “So we’ve had discussions about waiting for an opportunity to buy exactly what he wants for less, and having more money left as a result.”

Todd is fascinated to watch his kids figure out how to spend money and how satisfied they end up being with their choices. “One of them might buy two less expensive items and go home with $10 while the other spends the lot on one thing,” says Todd. “This creates a chance to chat in the car on the way home about what they both got for their money.”

According to Rod, Carly has only once dipped into her savings for a big ticket item – her own choice of mobile phone. “She wasn’t happy with my hand-me down phone and knew the one she wanted,” says Rod. “Though many of her friends just get the phone they want just like that, she had to save up enough in her account before we’d give her the green light to withdraw money. So she had to do her extra chores and save for more than six months to get to her goal.”

Taking it next level

Having the patience to get her phone in the end has seen Carly really change her whole approach to money. “She’s very keen to get a job now and she definitely looks forward to becoming financially independent,” says Rod “She tells me she doesn’t want to be relying on Mum and Dad in the future, like some other kids might expect to.”

The verdict from Lionel and Frank about the number one money lesson they’ve learned is definitely the importance of saving. As eight-year old Lionel puts it, “if you save up you get buy more valuable things, and if you don’t it’s just a waste of money.” But while an important foundation for building financial smarts in his sons, Todd says this lesson is just the beginning. “I’m now showing them bank statements for their savings accounts so we can talk about interest and what happens when you save or invest money,” says Todd. “We’re also having regular conversations about in-app purchases on the X-Box so we’re getting them used to transacting in a digital way as well as taking their coins and notes to a store. In many ways their generation is getting the best of both worlds. They experience both tangible and invisible money and get the benefit of learning lessons using both kinds.”